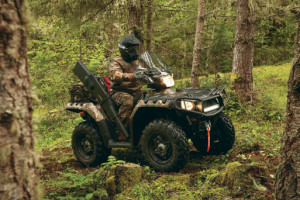 The U.S. Forest Service has investigated four incidents in which vandals endangered the lives of motorcyclists and all-terrain vehicle riders by burying spikes along trails used by off-highway vehicles and others, the American Motorcyclist Association reports.

The spiked strips, which resemble heavy barbed wire, can cause flat tires on motorized vehicles, which could cause loss of control and result in a crash. The booby traps also threaten the safety of hikers and horseback riders and even the wildlife that travel along trail corridors.

Two incidents came to the attention of the AMA in May through AMA Life Member Jerry Abboud and the Colorado Off-Highway Vehicle Coalition. The AMA then began working with COHVCO and Western states politicians to ensure this matter was fully investigated. 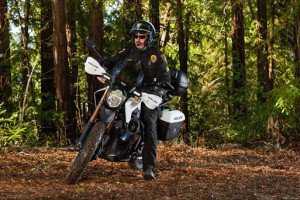 Joe L. Meade, director of recreation, heritage and volunteer resources at the U.S. Department of Agriculture, responded to the senators on Dec. 8. He reported that the Forest Service received four reports in the past five years - two in Colorado and two in Arizona.

"These incidents appear to be random acts that were intended to target both non-motorized and motorized trail users," Meade wrote. "We have issued public awareness press releases and have shared the information with the (U.S.) Bureau of Land Management and other state and local law enforcement and land management agencies."

Wayne Allard, AMA vice president of government relations, said he appreciates the Forest Service's full investigation of these incidents and hopes that the perpetrators can be brought to justice.

"The people who plant these spikes are putting at risk the lives of innocent, law-abiding Americans," Allard said. "We join COHVCO, the Forest Service and other groups in urging anyone with information about these crimes to come forward."

In May, the Forest Service provided guidelines for anyone discovering booby traps in the trails:

Individuals with information about the found booby traps are asked to leave a message on the Forest Service Law Enforcement Tip Line at (303) 275-5266.