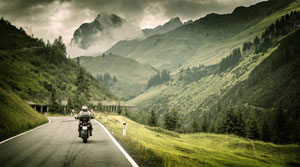 Motorcyclists that dare to ride the infamous stretch of road called The Dragon's Tail just received some uplifting news. While the dangerous path is practically designed for only experienced riders, the route will be safer for those who take the challenge. According to The Associated Press, Tennessee is set to ban semi trucks longer than 30 feet from driving down the curvaceous road.

The Dragon's Tail runs along U.S. Route 129 on the western edge of the Great Smoky Mountains National Park in Tennessee. The mountain road has 318 curves, which gives it the infamous name. With large trucks banned from the road, motorcyclists will have a much safer ride down the mountain.

Rob Johnson, owner of the gift shop called Tail of the Dragon in Robbinsvilleâ€‹, North Carolina, said the decision to ban the trucks was seriously needed because heavy duty rigs would often block both lanes of traffic, the source reported. In turn, the semis forced several motorcyclists and passenger vehicles off the twisting stretch of road.

"I've had three close calls on the Dragon, where I'm in the ditch and can't get any further over," said Johnson, according to the AP. "And trucks come through and miss me by an inch."


Number Of Crashes Caused The Decision 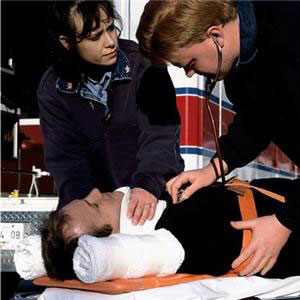 The Tennessee Department of Transportation said that between 2010 and 2012 there were 204 crashes on the Tennessee side of popular road, with motorcycles involved in 82% of the incidents. During that timeframe, there were 1.4 million vehicles that traveled the Tennessee side of The Dragon's Tail. While the ratio of vehicles to accidents may not seem like much, for the type of road it is considered a critical condition and it triggered a review of traffic conditions by state. Tennessee concluded that, although only one of the six fatal crashes involved a tractor trailer, a large portion of the incidents involved large trucks. When such an accident occurs it usually blocks all other traffic for a significant amount of time, so the state decided the impact on other drivers was too high to allow large trucks to access the road.

According to USA Today's tips on how to ride The Dragon's Tail, the state highway patrol has put more officers on the road to catch people speeding down the curvy road. The speed limit on the stretch of road is set at 30 mph.

Trucks were already banned on the small stretch that runs through South Carolina, but now both states will fully ban large trucks, the AP cited. Johnson explained he can understand why some truckers are upset about the decision. 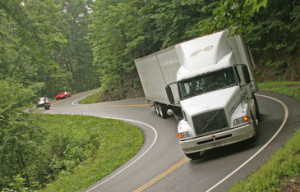 "[Truck drivers would] say, well it can't be that bad, and it's another 100 miles to go around," said Johnson. "We didn't hold this against the truckers because they didn't know."

The state plans to add signs to the stretch of road starting in at the beginning of next year. There are several different motorcycle paths like this around the U.S. that are well known to sport bike thrill seekers and touring cruisers alike. Johnson said the road brings a lot of tourists from around the world and helps local businesses like his own. The store owner added that motorcycle riders continuously call his shop asking if they banned truckers yet because they won't come if not.