2014 AMA Motorcyclists Of The Year: Bryan Carroll And James Walker 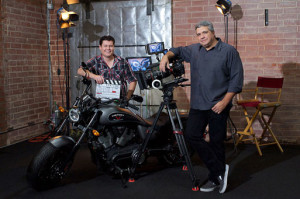 Brian Carroll and James Walker are the 2014 AMA Motorcyclists of the Year - Photo: Joey Carman[/caption]

The American Motorcyclist Association announced today the 2014 AMA Motorcyclists of the Year: AMA members Bryan Carroll and James Walker. Carroll and Walker directed and produced "Why We Ride", a documentary that promotes modern motorcycling across every discipline and is spearheading a new era of creativity in filmmaking about the sport.

The AMA Motorcyclist of the Year Award recognizes the person or persons who had the most profound impact within the motorcycling community in the previous 12 months. The AMA Board of Directors bestows the award annually.

"Bryan Carroll and James Walker have produced what is arguably the most compelling demonstration for why we ride, short of physically experiencing riding itself," said AMA President and CEO Rob Dingman. "Their mission was to promote motorcycling to riders and non-riders alike. A year after its debut, their film has become one of the best advertisements for motorcycling available anywhere." 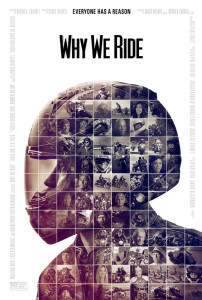 Producer/director Carroll and producer Walker created a film that is one of motorcycling's great testimonials -- a feature-length documentary about why we "dream, discover and explore" on two wheels.

Their effort came at an opportune time for motorcycling, reminding riders about their passion and promoting riding to others when motorcycle sales were at some of their lowest levels in decades.

"With the motorcycle industry still reeling from the ill effects of the worst economy since the Great Depression, 'Why We Ride' provided a much-needed boost in terms of the promotion of motorcycling and the motorcycle lifestyle," Dingman said.

"For their tireless and professional effort to create a great film, for their selfless dedication to promoting motorcycling, for their personal love of riding, and for the riders new and old who have gotten behind the handlebars after watching 'Why We Ride,' it's our pleasure to recognize Bryan Carroll and James Walker as the 2014 AMA Motorcyclists of the Year," Dingman said.

A full account of Carroll and Walker's creation of "Why We Ride," as well as their personal stories about motorcycling, can be found in the January issue of American Motorcyclist, the official journal of the AMA.