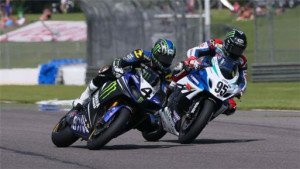 On Dec. 5, MotoAmerica, the new face of the AMA Superbike series, announced a major and extensive multimedia contract to cover the series in 2015, Motorcycle.com reported. In 2014, the sport did not receive any television coverage, which makes the 2015 announcement all the more special.

"Having television and online coverage of our MotoAmerica series is key," said Wayne Rainey, president of MotoAmerica. "It's important to our fans, our teams, our racers and the entire industry. We're happy to report that we've been able to finalize these arrangements, ensuring fans around the country will be able to watch and enjoy the on- and off-track action our series will provide."

As a plus, the series will have additional coverage featuring highlights, race updates and other extensive digital content featured on Torque.TV, Motorcycle.com reported.

The in-depth coverage will bring more attention to the sport as it crosses through the nation for the next couple of years.