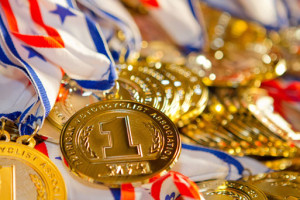 The American Motorcyclist Association is announcing the nominees for 2014 year-end awards, which recognize individuals and organizations that excelled in AMA competition and recreational activity during the previous 12 months.

All AMA members are invited to help select the winners of the competition categories, including the prestigious AMA Athlete of the Year honors.

The awards will be presented at the 2014 AMA Championship Banquet on Saturday, Jan. 17, at the Aladdin Shrine Event and Conference Center in Columbus, Ohio.

"AMA-sanctioned events are the gold standard of motorcycle and all-terrain vehicle racing," said AMA Chief Operations Officer Jeff Massey. "These are the greatest grassroots motorsports disciplines in the world. The racers and organizers nominated for these awards have all exhibited poise, dignity and excellence, while helping to advance the AMA's mission to promote and protect motorcycling." 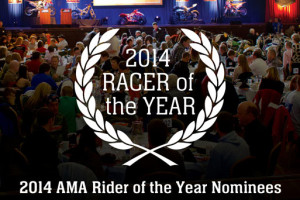 AMA members can vote at www.americanmotorcyclist.com/Racing/RacerVote.aspx through Sunday, Dec. 7. All AMA members who vote will be entered in a drawing for AMA-branded gear.

The AMA's highest competitive honor, the AMA Athlete of the Year, recognizes two categories of outstanding AMA racers. One award honors an athlete who stands atop an AMA National Championship Series. Another recognizes one of the amateur racers who has excelled at an AMA Grand Championship event.

All honorees will be announced at the 2014 banquet. The program -- which includes dinner, door prizes, refreshments and a bike show -- will recognize hundreds of top competitors in disciplines ranging from land-speed racing to motocross to woods racing and everything in-between. An open house the day before the banquet at the AMA Motorcycle Hall of Fame in Pickerington, Ohio, will be free for all attendees. 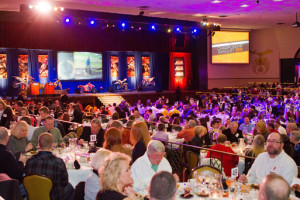 Class champions will receive medals and No. 1 plates at the banquet, while second- and third-place finishers also will receive awards.

Columbus' Aladdin Center, located a short distance from the expansive Easton Town Center shopping complex and only 20 minutes from AMA headquarters and the AMA Motorcycle Hall of Fame, offers free parking, easy access to Interstate 270 and is a short drive from Port Columbus International Airport.

ATV Athlete of the Year

AMA Female Rider of the Year

AMA Veteran/Senior Rider of the Year

AMA Youth Rider of the Year

2014 AMA Organizer of the Year Categories and Nominees

AMA Motocross Organizer of the Year

AMA Off-Road Organizer of the Year

AMA ATV Organizer of the Year

AMA Club of the Year