Not long after coming off a major victory by winning the 2014 World Superbike Championship, Aprilia released new information about its remarkable new RSV4 RR and the RSV4 RF motorcycles, Asphalt and Rubber reported. 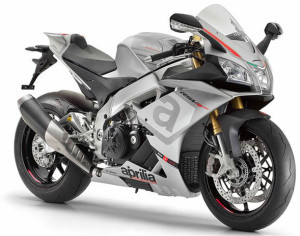 According to Motorcycle USA, the Italian engineers focused heavily on the front end of the motorcycle by newly formed porting and adding lighter valvetrain hardware to enhance both cylinder heads, which will also improve the combustion efficiency.

The RSV4 RR's peak torque reaches 84.81 pound-feet at 10,500rpm and has 16 horsepower more than its previous model, Asphalt and Rubber reported. Also, the newest version is three pounds slimmer than the older model and Aprilia said the power gains are available because of the bike's reduced internal frictions, enhanced combustion efficiency and its fluid dynamic efficiencies.

These new qualities allow the bike to reach higher rev levels, which ultimately make this a faster machine than any other design the Italian engineers have ever developed, the source reported. The range of motion was also enhanced due to variable air ducts, and the new fuel injectors and redesigned airbox make this one of the most powerful street bikes on the market. 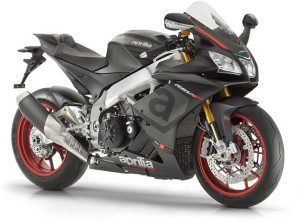 With early pictures already surfacing the Web, many Aprilia enthusiasts were first concerned about the enhancements of the 2015 model since it looks nearly identical to its previous version. However, Aprilia explained the front end of the motorcycle is completely redesigned to give more protection from the wind, as well as redesigned LED lights, parking lights and new mirrors.

The chassis has not been changed at all, but the swingarm expanded by 14mm to give more adjustment and a lower setting to increase weight centralization for the rider on the motorcycle, the source reported. 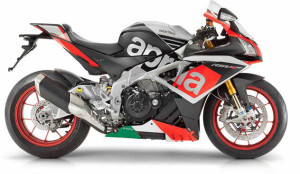 On the newest RSV4 motorcycles, each version will now have an Aprilia Multimedia Platform (V4-MP), Cycle News reported. This system gives riders the ability to connect their smartphone to the motorcycle, which will allow them to change the setting on the bike and receive real-time information for track riders to enhance their performance on the race track.

The platform will also have anti-wheelie, engine-mapping, traction-control and GPS technology integrated into the new V4-MP system as well, the source reported.

The Aprilia RSV4 RR and the RSV4 RF will be available in May 2015 and have two different color schemes to choose on each bike. Both colors can be matte on black and grey base or a Bucine Gray and Black Ascari. Additionally, there will be a limited release of 500 RSV4 RF models that come in the paint scheme called Superpole and will come with the race pack installed on the motorcycle.

As for the price, Aprilia has yet to release any information on how much these two new models will go for on the market.