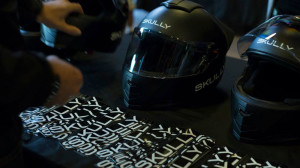 Motorcycle helmets can be the difference between life and death for riders, but sometimes, even the motorcycle equipment can make it difficult to ride with bigger blind spots and bulky material weighing motorcyclists down. However, Marcus Weller, decided to make a change in the motorcycle helmet industry after he suffered a severe crash in Barcelona a few years ago, ABC affiliate KGOâ€‹ reported.

Weller turned to the crowd-sourcing website Indiegogo to showcase his idea and design for a new motorcycle helmet. According to the source, Weller's idea quickly turned into the website's largest tech-based campaign in Indiegogo's history that has raised nearly $2.5 million after setting a modest goal of $250,000 for his motorcycle helmet called Skully.


Idea Sparked By A Dream 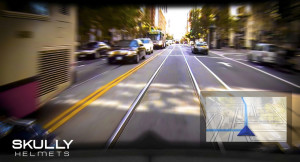 After Weller's crash, he realized he wrecked after looking at a street sign and the car in front of him stopped quickly, KGO reported.

"A few months later I had this dream that I was back on the motorcycle that day," Weller added, according to the source. "But there was a really important difference, which was that I had GPS maps and they were floating out in front of me like a hologram."

That gave the idea to make Skully, which allows riders to see a display on the helmet's visor while riding, Yahoo Travel reported. The helmet has a GPS-style voice feed that alerts drivers of upcoming turns, stops and other driving information.

The helmet also has Bluetooth connectivity that allows riders to take hands-free calls while on the road and it lets people stream music through their helmet.

However, some of the best features are the 180-degree rearview camera that gives riders an image in the lower right side of the visor that illuminates blind spots and drivers behind the motorcycle. 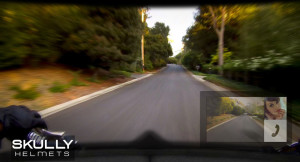 The Skully AR-1 gives motorcycle riders the high-tech evolution on gear that will not only improve riding, but help save lives. The Skully campaign has picked up so much that the helmet could be on the market in the near future, Power Sports Business reported.

"We continue to be blown away by the outpouring of interest and support for the Skully AR-1," said Weller, according to the source. "The campaign has been a tremendous success and has been a true testament to the desire for innovation in safety technology. We look forward to delivering the AR-1 to the Skully Nation next year."

With the Indiegogo campaign allowing supporters to invest enough money to receive a version of the helmet, Weller was able to sell more than 1,700 pieces of equipment, the source reported. With a pre-order price set at $1,499, the Skully AR-1 is an expensive investment that many couldn't wait to see a reality. Those who pre-ordered will soon get their wish, as the hi-tech helmet is entering the production phase and should be shipping in 2015. 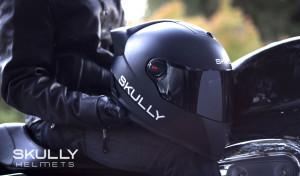 Weller explained his helmet "feels more comfortable" than other full-face helmets and it gives riders confidence because it seems like someone is looking out for the rider's every move, KGO reported.

Kyle Ellicott, co-founder of Wearable World, a startup accelerator, said when the first Skully prototype was showcased in April, everyone knew this was not just another gadget, but something revolutionary in a massive industry, the source reported.

"It's something that changes the game in terms of transportation," said Ellicott, according to the source. "When it comes to motorcycle safety, there's [going to] be nothing like it. It's going to actually save lives."

Ellicott said their passion for the helmet is visible and for Weller, he simply believes the helmet will make him feel happy and safe while riding once again.