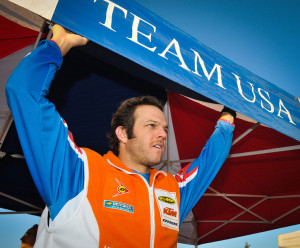 While his life was cut way too short, acclaimed offroad racer and industry luminary Kurt Caselli's impact continues to grow and influence all aspects of the offroad and motorcycling community. Recognized as one of the top offroad/desert racers in the world, Kurt's exceptional riding ability was equally matched by his notoriety as a kind-hearted, fun-loving, and generous individual.

In his honor and to help promote the safety of offroad riders and racers the world over, his family established the Kurt Caselli Foundation. The Foundation is focused on ensuring the safety of riders and racers is a top priority before, during, and after racing through standardizing safety precautions, encouraging the use of safety equipment, and encouraging former racers to further their education and reach their career goals.

As the anniversary of his passing nears, KTM and Red Bull Media House tapped well-known custom motorcycle builder and Kurt's friend, Roland Sands, to build a one-of-a-kind KTM that will be auctioned off with all proceeds going to the Kurt Caselli Foundation 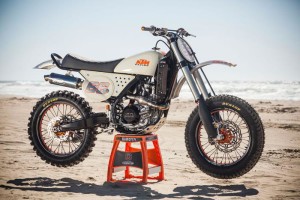 The bike is based off a stock 2015 KTM 450 SX-F which Roland and his RSD team heavily modified to mimic the bikes ridden in the film, On Any Sunday. The iconic film influenced a generation of riders just as Kurt's legendary riding skills and infectious personality has influenced a new generation of riders. So it is only befitting that the customized KTM will be on display at the premiere of On Any Sunday, The Next Chapter. The premier will take place on Oct 22nd at the Dolby Theatre in Hollywood.

Then on November 29th, the motorcycle will be sold live during the Red Bull Day in the Dirt event at Glen Helen Raceway. You can pre bid now for a chance to own this incredible bike and support a very worthy cause-100 percent of the proceeds will go to the Kurt Caselli Foundation. You can also bid online during the live simulcast auction soldoncompass.com on Saturday November 29th. With its classic 1960s motocross styling, custom one-off parts, and modern performance features this would be one very exciting bike to own and most likely a bike Kurt would have been thrilled to put through its paces.
http://www.youtube.com/watch?v=WSZlMJD-QQ8