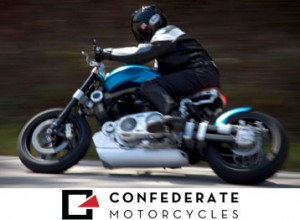 Confederate Motorcycles, a company that's made quite the name for itself in just over a decade of existence, recently released its latest model - the 2015 X132 Hellcat Speedster.

Never lacking ambition with its designs - whether for bikes or motorcycle riding gear - Confederate has redesigned its Hellcat model in a streamlined fashion without compromising on its core tenets of energy and spirit embodying "The American Way." Priced at $65K, the hand-built, CNC-machined Speedster weighs just 500 pounds and boasts a maximum output power of 121 horsepower, along with 140 foot pounds of torque. 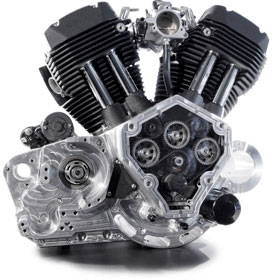 As Confederate Motorcycles explains on its website, the design succeeds in achieving a classic look in a modern, efficient manner. The result is the marriage of traditionalism and cutting-edge advancements.

"This new case unites America's best V-Twin technology and America's superior powertrain technology into a singularity," reads the company site. "Although this material selection and craft methodology is expensive, it is simply the best approach for maximizing quality and creating an heirloom experience. Simply put, the X132 Hellcat Speedster is the perfect fusion of power, strength and beauty."

Riders can reserve their bike through the Confederate Motorcycles online store or via a range of retailers. With the former method, an upfront deposit secures the reservation and initiates the pre-production of the next personal model.