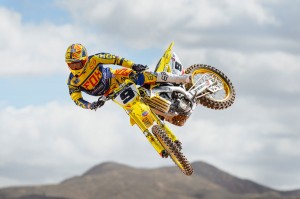 "It has been a roller coaster since I started racing pro at the end of 1999 at Millville," says veteran racer Ivan "Hot Sauce" Tedesco in announcing his retirement from RCH Soaring Eagle Suzuki this weekend. "I have had a lot of success... and a lot of failure. However, the one thing I can do is to walk away from this deal knowing I gave it my all every time I got on my motorcycle. In the end that's all you can ask of a person - give it your all."

Give it his all he most certainly did. Despite a plague of injuries, he was the 2004 125cc West Coast Supercross Champion (winning seven of eight races that year). He repeated as 2005 125cc West Coast SX champ and was also the 125cc Outdoor National Champion in 2005. However it is his role on the Motocross of Nations winning teams that are perhaps the high water mark of is illustrious career as Team USA beat the best in the world in 2005, 2006 and again in 2009!

After that, it was the move to the 450cc class. "I made the decision to go over to Suzuki to be teammates with Ricky Carmichael. I learned so much from RC. I am thankful for his friendship, the opportunity to train with him and the help his parents have always given me. They treated me like family and did everything they could to help. I had a successful rookie Supercross season finishing fourth behind Carmichael, Stewart and Reed."

However a lot of heartache came after seven years that initial success in the 450 class, primarily due to injury. While Ivan enjoyed proving the pundits wrong, the time has finally come to call it a career almost 14 years to the day. 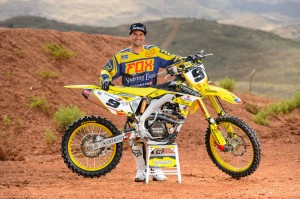 "It's never easy to quit something you've done for so long, but the time has come where racing just isn't the same as it used to be," says Tedesco. "I always told myself when the day comes that I'm not competitive anymore; I need to walk away; that time is now." However he won't be going too far away from the RCH Soaring Eagle pits as he will continue to test the Suzuki's and help get the bikes ready for the team's future riders.

"From RCH's perspective, we are honored that he finished out his illustrious career with RCH Soaring Eagle and on a Suzuki," says co-principal Carey Hart. "We are grateful to have Ivan's testing expertise for RCH moving forward... It just wouldn't be the same not having Hot Sauce to spice things up around here!"

"I have nothing to be bummed about," says Tedesco. "I can say I have never given less than 100% and have enjoyed proving people wrong. I'm grateful for the opportunities I have been given and the friendships I have made. I love dirt bikes and racing and look forward to finding my new career within the sport because this is what I love to do."

"Thank you to my fans, who have always had my back and motivated me to keep going! I hope to see you all at the races soon," concludes Tedesco.