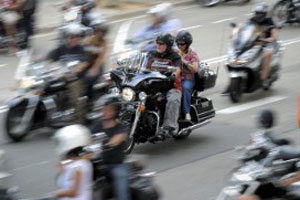 The online petition can be found here: https://cqrcengage.com/amacycle/app/sign-petition?1&engagementId=55066.

A recent Office of Administrative Law order resulted in the California Highway Patrol, the Department of Motor Vehicles and other agencies removing CHP lane-splitting guidelines from their websites and ridding their offices of pamphlets, fliers and other documents that contained the safety information.

"Removal of the DMV brochures is a big loss," said Nick Haris, AMA western states representative and a member of the California Motorcyclist Safety Program Advisory Committee, which helped write the guidelines. "The DMV offices and website are the first places California drivers look for information. And this is vital information for them to have."


The CHP guidelines remain available from the AMA: Click Here

The CHP also removed references to lane splitting from its online FAQ, where information had been available long before the agency released its guidelines early in 2013.

"Lane splitting is still allowed, and motorcyclists are still using this long-recognized riding technique to relieve traffic congestion and improve safety," Haris said. "But now, neither riders nor motorists have a place to turn for authoritative guidelines on the practice."

The AMA supports the continued use of safe lane splitting in California and the implementation of lane-splitting laws in other states, coupled with extensive rider and driver education programs.

The AMA position statement reads, in part: "Reducing a motorcyclist's exposure to vehicles that are frequently accelerating and decelerating on congested roadways can be one way to reduce front- and rear-end collisions for those most vulnerable in traffic."

The guidelines disappeared at the urging of Kenneth Mandler, of Sacramento, Calif., who petitioned the OAL in the fall of 2013, claiming that the CHP guidelines were an "underground regulation" -- a rule that would be enforced, even though it had not been the subject of the Administrative Procedure Act's prescribed process.

In response to Mandler's complaint, CHP Commissioner J. A. Farrow certified to the OAL that his agency would not "issue, use, enforce, or attempt to enforce the public education information." The OAL determined that posting the guidelines on the website was "issuing" them.

Lane splitting, also called lane filtering, is the practice of riding a motorcycle or scooter between lanes of stopped or slowly moving traffic. The practice has been permitted in California for decades and no statute prohibits it. No other state allows the maneuver. Lane splitting is common in other countries around the world.

The CHP posted its guidelines with the intention of helping motorcyclists and motorists understand safe practices and to discourage unsafe lane splitting. 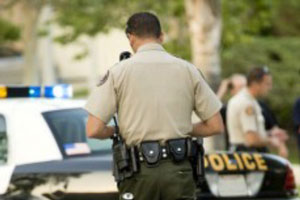 For its part, the Office of Administrative Law says it made no determination regarding Mandler's claim that the guidelines were an underground regulation.

"OAL did not issue a legal opinion as to whether the lane splitting guidelines constitute a regulation," OAL Director Debra M. Cornez wrote in an email to the AMA. "Since CHP notified OAL that it would not issue, use, enforce, or attempt to enforce the guidelines, OAL was precluded under the law from addressing the merits of Mr. Mandler's petition. Therefore, OAL never made a determination that the guidelines constituted a regulation."

Instead, OAL senior counsel Elizabeth Heidig instructed the CHP to remove the guidelines because Farrow agreed not to "issue" them.

The AMA petition seeks to demonstrate to the OAL that its narrow interpretation of Farrow's word choice jeopardizes thousands of California motorcyclists, automobile and truck drivers and visitors to the state, because they are being denied access to safety guidelines that affect their roadway environment.