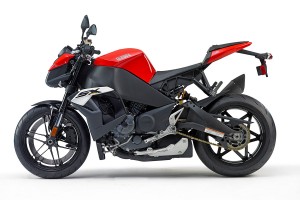 Sharing the 1190RX's V-Twin engine rated at 185 crankshaft horsepower and more than 100 lb.-ft. of torque, the new EBR 1190SX delivers the highest performance available in the streetfighter category. EBR founder and Chief Technical Officer Erik Buell is no stranger to streetfighter-style sport bikes, having defined the category with the introduction of the S1 Lightning in 1995. "The streetfighter classification, which was so revolutionary when we first came to market, is now being used by marketing people for all sorts of motorcycles, including some thinly-disguised standard bikes that have de-tuned or obsolete powertrains," said Buell. "So, perhaps the appropriate new name for a bike like the 1190SX is, 'Superfighter.' " 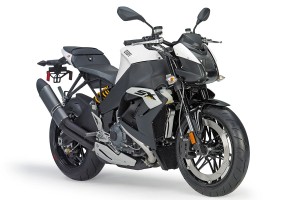 With much componentry carried over from the EBR 1190RX superbike, the 1190SX is a genuine high-performance motorcycle with a racing heritage. True to its "streetfighter" designation, however, the 1190SX is designed to be a dominating street machine. Featuring an athletic upright riding position and wider handlebars for nimble handling, and minimalist bodywork for lower weight, the 1190SX is equally at home carving canyons on the open road or taking on the concrete canyons of the city. As with all EBR sport bikes, the 1190SX features many Erik Buell signature innovations to optimize handling and performance, such as fuel in the frame for lower weight and centralized mass, hubless wheels and perimeter brake rotors for lower unsprung weight, and EBR's proprietary Controlled Swirl Induction (CSI), which improves power and fuel economy, while lowering exhaust emissions.

The 1190SX is being introduced with a Manufacturer's Suggested Retail Price (MSRP) of $16,995 and is available in white, red and black color schemes. Shipments to EBR dealers will begin in early July.


About EBR
Headquartered in East Troy, Wis., Erik Buell Racing engineers, develops and manufactures high performance motorcycles for sport bike enthusiasts around the world. Additionally, EBR Engineering Services provides engineering consulting expertise for projects inside and outside the motorcycle industry for a global client base. For more information, visit: www.ebr.com.