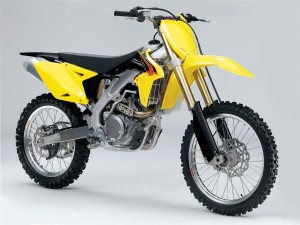 Suzuki Motor Corporation has today announced the launch of its most radically-changed production motocross machine in recent years; the new 2015 RM-Z450 that is directly derived from the Factory bikes currently being raced by Clement Desalle, Kevin Strijbos and James Stewart in the World MXGP, AMA Supercross and AMA Motocross Championships.

After several years of regular refinements and improvements since its introduction in 2005 - plus a major redesign in 2008 - the 2015 RM-Z450 features a multitude of cutting-edge innovations tried-and-tested by Rockstar Energy and Yoshimura Suzuki Factory Racing riders in world championship competition.

The most-eagerly-anticipated feature for 2015 is the revolutionary 'Suzuki Holeshot Assist Control' system (S-HAC), plus the new Showa SFF-AIR front forks, although the machine features a multitude of further improvements and changes. 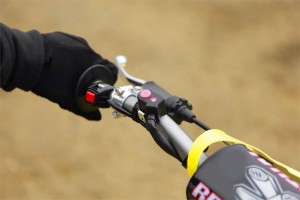 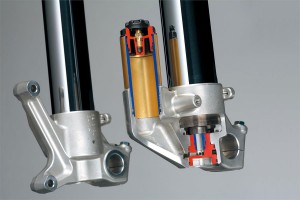 Also brand-new for 2015 are the state-of-the-art Showa SFF-AIR (Separate Function front Fork-AIR) which are an advancement on last year's SFF forks, which featured a coil spring in one side and an oil-damper in the other fork-leg. The latest forks do-away with any need to buy different-rate springs and then having to make further adjustments to suit the riders' weight or skill-level. Now, the forks are tuned and dialled-in via a pump and the heaviest part - the coil spring - eliminated saving 1.100g weight.

The weight saving has also allowed Showa to increase the tube diameter (now 49mm from 48mm in 2014) and also increase the piston (39mm from 38mm) and rod size (14mm from 12.5) for greater suspension performance. Adjustment and tuning is now carried-out via three separate air valves - an inner and outer air pressure valve on the top of the fork and a balanced air pressure valve on the lower fork. 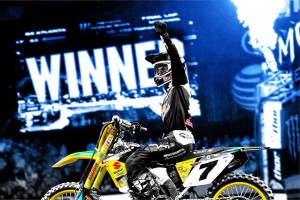 Each year, Suzuki has worked closely with its Factory teams to make improvements to its production bikes following extensive testing; and for 2015, the RM-Z450 gets many new modifications that have also led to an overall curb-weight reduction of 1kg.