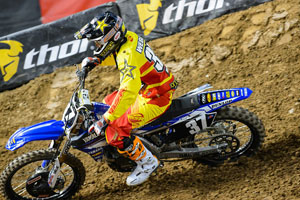 The American Motorcyclist Association is proud to announce that Red Bull KTM's Ken Roczen, in the 450 SX class, and Yamalube Star Racing Yamaha's Cooper Webb, in the 250 SX class, are the 2014 AMA Supercross Rookies of the Year due to their strong showings during the 2014 Monster Energy AMA Supercross, an FIM World Championship, season.

"Both of these riders had outstanding seasons," said AMA Supercross Director Kevin Crowther. "Ken and Cooper have shown repeatedly that they are part of the AMA Supercross competitive landscape, and will be for years to come. We congratulate them on their performances in 2014."

AMA Rookie of the Year honors are awarded to the eligible rookie rider with the most points accumulated in each class. 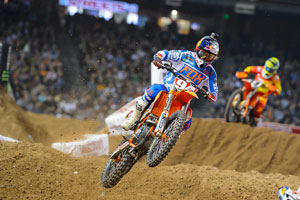 Roczen, from Apolda, Germany, finished third in the AMA 450 SX Championship. This was Roczen's first season contesting the premier class championship. Roczen won the AMA 250 SX West title before moving to the 450 SX class full-time for 2014. Roczen won two 450 SX main events in 2014 -- Anaheim I and Atlanta -- in addition to finishing on the podium six additional times.

Webb, from Newport, N.C., finished fifth in the AMA 250 SX West Region Championships, earning the most season points of any AMA 250 SX class rookie. This was Webb's first season competing at the professional level. Webb had two second-place finishes in AMA 250 SX West competition on his way to Rookie of the Year honors.

AMA Supercross returns for the last event of 2014 with the Monster Energy Cup on Oct. 18 at Sam Boyd Stadium in Las Vegas, Nev. For more information on AMA Supercross, and to see the 2015 schedule, visit www.amasupercross.com or www.supercrossonline.com.