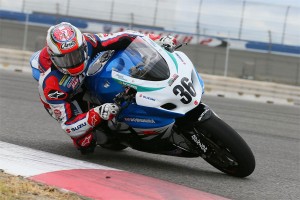 With more than two months between the season-opening round of AMA Pro Superbike at Daytona International Speedway in March and the upcoming second round, the Yoshimura Suzuki team participated in this new three-race series that combines the Pros with WERA's semi-pro and amateur events. Because the events are unaffiliated with the AMA Pro Racing series the team usually contests, the Yoshimura Suzuki squad treated this event as something of a large-scale test. 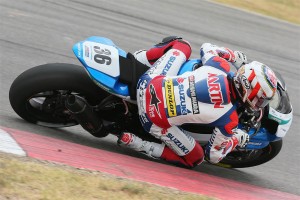 In Sunday's race, Cardenas got a good start on his Yoshimura Suzuki GSX-R1000 and was with the front-runners right off the bat. He battled for the lead for much of the race and made the most of the lapped riders. Towards the end of the 20 laps, he charged into the lead and held on to take the win.

"It was a good race," said Cardenas. "I got a good start on the Yoshimura Suzuki GSX-R1000 and I made a move with two laps to go and I was able to hold the position until the end. It was a very fine weekend and it was nice to race at Fontana again after several years." 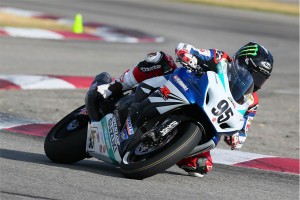 Hayden started the weekend off by setting the fastest lap time and capturing pole position. In the 20-lap race, he got a good start and battled up-front before bringing home a fourth-place finish.

"I got a really good start and had a great first half of the race," said Hayden. "I felt really good, the Yoshimura Suzuki GSX-R1000 was working great; and it was a really fun battle - going back and forth and passing each other. During the second part of the race, and especially on the last few laps, I had some issues and had to slow down so I ended up fourth. Overall, it was a great weekend; it was a fun event, the atmosphere was great and there were tons of fans there. It was good to work with the Yoshimura Suzuki team in a race environment and I can't wait for Sonoma next weekend." 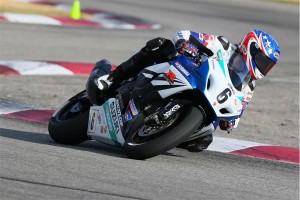 Yoshimura Suzuki's Clark, meanwhile, focused his efforts on getting more comfortable on the Yoshimura Suzuki GSX-R1000 and finding the right setup. Clark got a top-10 start in the race and slotted into seventh position and stayed put for all 20 laps.

"It was a good weekend all around, teaming up with the amateur series," said Clark. "It was unique and a lot of fun. We used this event as a test to work on some stuff that should really help us down the road with the AMA rounds. We made some good progress and now I'm looking forward to Sonoma next weekend and getting ready for Road America."

Yoshimura Suzuki Factory Racing will also participate in the second round of the 2014 Superbike Shootout events on May 3rd - 4th at Sonoma Raceway in Sonoma, California. 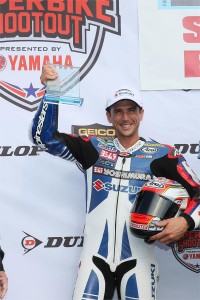