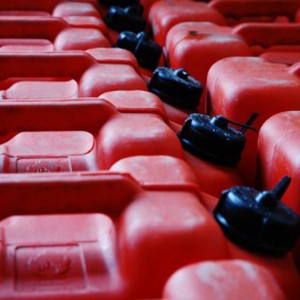 The EPA statements are found in a rule proposal issued by the Federal Trade Commission regarding a new label for pumps that supply fuel blends high in ethanol.

According to the EPA, "[e]thanol impacts motor vehicles in two primary ways. First ... ethanol enleans the [air/fuel] ratio (increases the proportion of oxygen relative to hydrocarbons) which can lead to increased exhaust gas temperatures and potentially increase incremental deterioration of emission control hardware and performance over time, possibly causing catalyst failure. Second, ethanol can cause materials compatibility issues, which may lead to other component failures.

These EPA statements, contained in the FTC document, back the long-held position of the AMA.

"The American Motorcyclist Association has fought the distribution of E15 fuel blends in an effort to protect motorcycle and all-terrain vehicles from the damage that ethanol causes," said Wayne Allard, AMA vice president for government relations. "Now the EPA acknowledges that ethanol itself is harmful to emissions hardware and other components on all motor vehicles. It is time for the federal government to pause, take a hard look at this product and change its entire approach to ethanol in fuels."

E15 is a gasoline formulation that contains up to 15 percent ethanol by volume.

None of the estimated 22 million motorcycles and ATVs currently in operation can use fuels with blends higher than 10 percent ethanol. Doing so could void the manufacturer's warranty, in addition to causing damage to the vehicle.

The AMA applauded the EPA's decision in its proposed rule to roll back the requirement for wider distribution and use of E15 under its Renewable Fuel Standard.

The AMA also is concerned about the continued availability of E10 blends and E0 fuels -- gasoline with zero ethanol content -- if E15 is allowed to permeate the marketplace.