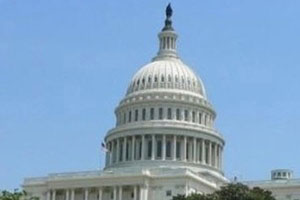 U.S. Rep. Tom Petri (R-Wis.) recently announced that he will not seek reelection.

The announcement came during a town meeting at the Neenah, Wis., City Council Chambers. Petri has served in Congress since 1979.

The American Motorcyclist Association honored Petri in 2013 as a Supporter of the AMA in the 112th Congress.

"Tom Petri has served his constituents and the motorcycling community well during this many years in Congress and on the Congressional Motorcycle Caucus," said Wayne Allard, AMA's vice president for government relations. "We are sorry to learn he is retiring. But we wish him well in his future endeavors."

Petri is a current member of both the Transportation and Infrastructure Committee and the Committee on Education and the Workforce.

His political career also includes serving in the Wisconsin State Senate from 1973 through 1979 and running as a Republican nominee for U.S. Senate in 1974.