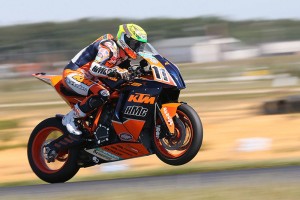 The KTM/HMC Factory Superbike Racing Team is proud to announce its return to the AMA Pro SuperBike Series in 2014 with Chris Fillmore for its third consecutive year.

Fillmore, who started his relationship with KTM/HMC back in 2003 as a member of the KTM/HMC Factory Supermoto Team, will contest in his third year of superbike racing. Fillmore will set out to make history for KTM and pursue a podium finish aboard his KTM 1190 RC8 R machine.

Competition begins today for the KTM/HMC Team, when the AMA Pro SuperBike Series kicks off in Daytona, FL at the renowned Daytona International Speedway at 4pm EST. The series will extend through the summer with five additional stops across the country: 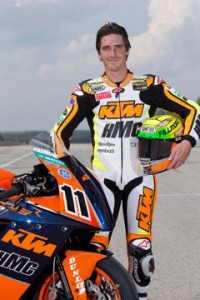