For race fans, if they couldn't make it to the track and the event didn't have television coverage, there hasn't been an option to watch all the action. Until now.

AMA Pro Racing, IMSA and NASCAR announced the launch of FansChoice.tv, a ground-breaking collaborative digital platform that will live stream various races not covered by broadcast television, giving fans new opportunities to follow their favorite series. It also will enhance fans viewing experience at the track with the ability to watch multiple cameras on their tablet or mobile device, and access archived broadcasts on demand. 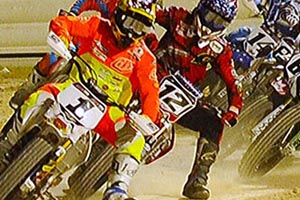 The site's first on-track coverage will be AMA Pro Flat Track racing on Thursday from the quarter-mile dirt oval at Daytona International Speedway. Coverage of DAYTONA 200 Week will continue with both AMA Pro Flat Track and AMA Pro Road Racing Divisions on Friday, and will conclude with the 73rd running of Daytona 200 for AMA Pro Road Racing set for Saturday at 1 p.m.

FansChoice.tv will be the official home for AMA Pro Road Racing and AMA Pro Flat Track events in 2014. The site also will provide coverage of selected IMSA and NASCAR's touring and weekly series events. 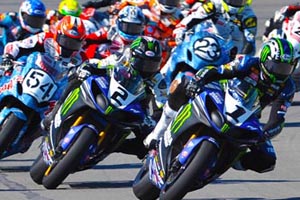 "This is a great opportunity to bring all the action from the track right to the fans," said Michael Gentry, chief operating officer for AMA Pro Racing. "FansChoice.tv is a revolutionary platform that gives race fans all over the world unprecedented access to watch their favorite series wherever we race. This is fantastic news for all of our AMA Pro Road Racing and AMA Pro Flat Track fans."

FansChoice.tv is a free site that puts fans in the director's chair, allowing them to choose from multiple viewpoints alongside Live Timing & Scoring data and audio commentary from the track's PA system. During selected AMA Pro events, produced streaming coverage of race sessions will be offered as an added bonus to the fans. 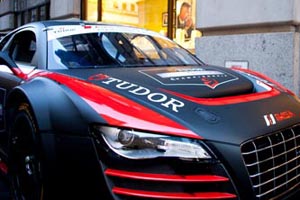 IMSA coverage will include streaming of its developmental and single-make series, as well as selected practice and qualifying sessions for the two IMSA national sports car series, TUDOR United SportsCar Championship and Continental Tire SportsCar Challenge that are part of the recently-announced five-year agreement with Fox Sports.

"FansChoice.tv will be a good additional resource, and possibly home, for some of our series," said David Pettit, IMSA vice president, marketing. "We're looking forward to exploring the platform this week during our Sebring event and ultimately this site will serve as a diverse home for motorsports." 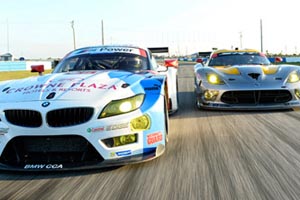 Several NASCAR Whelen All-American Series tracks already have committed to live streaming their weekly events, including Langley Speedway in Hampton, Va., Lake County Speedway in Painesville, Ohio, and Evergreen Speedway in Monroe, Wash. Fans will have the ability to select from multiple cameras positioned around the tracks during these events.

"This really is going to be 'Fan's Choice,'" said George Silbermann, NASCAR vice president of regional and touring series. "The partnership between AMA Pro, IMSA and NASCAR means the fans will have access to more racing than ever before. They will be able to choose from a variety of series and tracks, and be able to follow their favorite drivers virtually wherever they race."

More tracks and events are expected to be announced at a later date.

AMA Pro Racing is the premier professional motorcycle racing organization in North America, operating a full schedule of events and championships for a variety of motorcycle disciplines. Learn more about AMA Pro Racing at www.amaproracing.com.

IMSA is the exclusive strategic partner in North America with the Automobile Club de l'Ouest (ACO) which operates the 24 Hours of Le Mans as a part of the FIA World Endurance Championship. The partnership enables selected TUDOR Championship competitors to earn automatic entries into the prestigious 24 Hours of Le Mans.