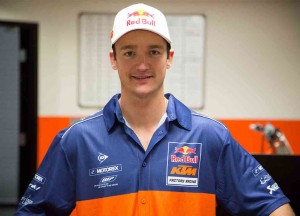 Red Bull KTM Factory rider Dean Ferris was injured in a practice crash this past week and will miss the remainder of the Monster Energy 250 SX West Supercross Championship Series.

With an 8 week break between rounds 6 and 7 in the West Coast SX series, Ferris had returned to Australia and was at his home riding when the accident happened. Ferris fractured his wrist in the crash and surgery was required to repair the fracture. He is expected to return to US dirt bike racing early in the Lucas Oil Pro 250 Motocross Championship series.