Marvin Musquin Out With Injury 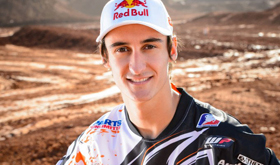 The Red Bull KTM rider sustained a torn ACL in what at first seemed to be a minor injury when he put his foot down in a turn. However, after consulting his doctor scans showed he had actually torn his ACL and he will undergo surgery in France later this week to have it repaired. The surgery will keep him from racing the start of the east coast Supercross 250 SX Series as he originally intended.

"This is an unfortunate injury, but we know Marvin will do the all steps necessary to recover as quickly as possible and come back when he is 100%," commented Red Bull KTM Factory Team Manager Roger DeCoster.