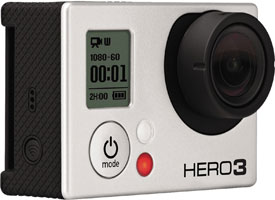 It appears a motorcycle cop in Montgomery, Alabama has watched too many "Fast and Furious" movies and "I got a turbo in this," could be his famous last words while on the force. Video has surfaced of the moto cop drag racing his Harley-Davidson Police bike stoplight-to-stoplight. Who captured the video? The other racer caught all the drag racing action from his motorcycle helmet cam.

It all started innocently enough with the other rider pulling up to a stoplight first, aboard his buddy's Honda CBR600RR. Then the moto cop pulled up and after some idle chit-chat about the weather, the Honda rider asked the cop if he wanted to race. The moto cop pointed down at his engine and commented, "I got a turbo in this...I got a turbo." Intrigued, Honda dude said "let's see," and the officer obliged with an "alright." The video then shows the officer get the hole-shot on Red Rider just as the light turns green. It's hard to tell what speeds they got up to, but either way the moto cop is in a world of hurt from his superiors.

Now if we could just get some video footage of a cop burning up his motorcycle tire doing doughnuts while on duty, well that would just be icing on the cake doughnut!