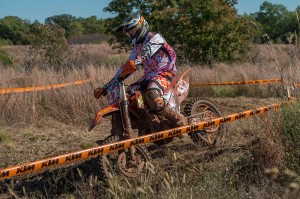 Mullins started the day out well taking the win in the first special test. He continued to dominate for the next three tests winning each one by a large margin. Heading into the fifth test he had a nearly two minute lead on the rest of the field. Unfortunately, he swapped out down a steep rocky hill in the fifth test which caused him to fall off the pace a bit. "I didn't crash but it definitely scared me a little so I took it easy at the end of that test," stated Mullins.

Mullins was able to regroup for the final test which was the longest and most technical test of the day. He started off well in the section but lost his rear brakes part way through which cost him about a minute total time. Despite the time lost, Mullins still managed to win the enduro by a large margin to claim his 8th win of the season.

Now Mullins, who already secured the championship a round earlier, will focus on the final round of the GNCC Series where he is in a tight battle with his teammate Kailub Russell for the championship. "I had a great season in the National Enduro Series and I can't thank my team enough for all their support. Now I hope to earn another championship for them next weekend at the Ironman GNCC," stated Mullins. 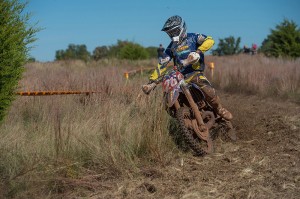 Bobbitt and Fahringer both turned great special test times throughout the day to continuously battle for a top three position. "I only had issues in one test," stated Bobbitt. "It was the third test and I went down quick in the beginning but then crashed harder a little bit further in. Luckily, it was a short test but I still lost a good amount of time in there."

"This race was a lot of fun. The terrain was kind of like a mix of Georgia clay and Carolina sand. It had fun grass track sections, technical ravines and the final test was really tight. I had a great time. We made some changes to the bike halfway through and I was able to gain more power which helped me in the final sections," stated Bobbitt. 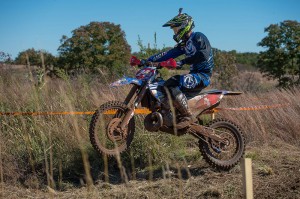 Fahringer also rode stronger as the race went on and was able to secure the final podium position after turning a decent time in the final section. The two riders put their Husabergs on the podium at the final round and in the overall championship standings for the series. At the end of the ten events, Fahringer collected enough points to finish 2nd overall in the series while Bobbitt finished 3rd. Fellow Husaberg Factory rider Mike Lafferty finished the day with a 6th place result and 4th place in the overall series standings.

"I am very happy with both riders' performances this year," stated Husaberg Factory Team Manager Antti Kallonen. "Our goal was to have our Husaberg riders finish inside the top three and they were successful. They each battled each other for podium positions throughout the season and we couldn't be happier with their performance."