History Is Made At Motocross Of Nations 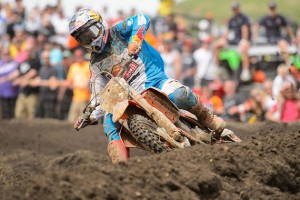 The 67th running of the Monster Energy FIM Motocross of Nations featured some of the world's best motocross competitors, but at the end of the day it was the most consistent team that brought home the grand prize at Germany's Teutschenthal track. Belgium's squad of Ken de Dycker, Clement Desalle and Jeremy Van Horebeek claimed first place in the multi-day event, marking the first time the country has won the title since 2004. They were led by de Dycker, who finished third overall in his class to anchor the European team.

It wasn't a strong showing for the U.S. Despite a second-place finish, the trio of Ryan Dungey, Eli Tomac and Justin Barcia didn't race especially well.

"Second place is pretty respectable, but for us it was important to win," Dungey said after the race. "Eli and Justin rode awesome today and I have it all I had, even though I wasn't riding to the level I'm capable of. It was a very tough track for us. The European tracks are a little different to what we are used to."

Italy finished the event in third place thanks to a strong performance from Antonio Cairoli. He won both the MX1+MX2 and MX1+Open motos, which was good enough to claim the MX1-class overall title.