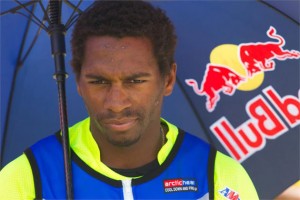 Yoshimura Suzuki Factory Racing's James Stewart will sit-out the final round of the 2013 AMA Pro Motocross season this weekend at Lake Elsinore in California due to recent injury.

The Yoshimura Suzuki rider plans to take time to fully-recover so that he can focus his efforts on preparing for the upcoming AMA/ FIM Supercross season which starts in January 2014.

"This was a tough call to make," said Yoshimura Suzuki Factory Racing Team Manager Mike Webb. "Especially since we've had some good momentum going after the win at Millville. But as a team, we all agreed that after the setbacks at the last two races, James' time would be best-spent recovering so that he can focus on Supercross testing in September. After that, we can turn all of our attention to winning the Supercross Championship in 2014."

Prior to ending the 2013 AMA Pro Motocross season one race shy of completion, Stewart raced his Yoshimura Suzuki RM-Z450 to overall victory at the Spring Creek National and finished on the podium at three additional events. Furthermore, Stewart was fastest qualifier in multiple rounds and picked-up five holeshots this season. In the 2013 Supercross season, the Yoshimura Suzuki rider became one of just three racers ever to have gone nine straight seasons with a win.

Yoshimura Suzuki Factory Racing's next race will be round one of the 2014 AMA/ FIM Supercross Championships on Saturday, January 4th at Angel Stadium in Anaheim, California.