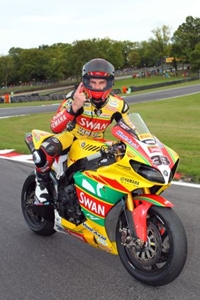 When the World Superbike Championship opened its 2013 season, the expectation was that it would wrap up action at the Buddh International Circuit in India. The Nov. 17 race was slated to be the first motorsports event to ever take place in the Asian country.

However, ongoing challenges have forced the governing bodies to reconsider the schedule. India's customs regulations were making it difficult to organize the smooth arrival and departure of all racing teams and their motorcycle gear. As a result, Jaypee Sports International Ltd. and Dorna World SBK Organization have decided to cancel the Indian round of the 2013 season.

"JPSI confirms its interest in going ahead with the race in the future," said Vicky Chandhok, president of the Federation of Motor Sports Clubs of India. "We look forward to them concluding an arrangement with DWO in order to arrive at a mutually convenient date and to ensure that India has the privilege of hosting a round in the near future."

Without this finale, the World Superbike season will end Oct. 20 at the Jerez track in Spain, giving riders one less event to earn points toward the overall standings.