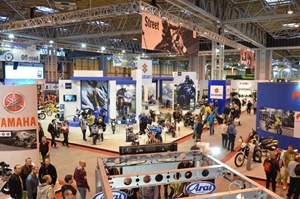 Long Beach, California, was the place to be in mid-July. The West Coast locale was the site of the 22nd Annual LA Calendar Motorcycle Show, one of the most highly anticipated events on the schedule for motorsports fans each year.

The festival returned to the Queen Mary Seawalk Village July 14, where thousands of riders, builders and vendors came to show off their designs and see what their peers had to offer. Thousands of motorcycle fans attended to get a glimpse of some of the most innovative designs and potentially even select their next bike or style in the process.

Sam Baldi earned the distinction of "Best of Show" with his custom Air Ride Monoshock, affectionately called the "Lost Angel." He narrowly beat out Ron Baldonado, who performed a ground-up custom job of a 1920s-style racer and took the top prize in the Classic American division, Motorcycle.com reports. Other awards handed out at the event honored the best offerings in categories like Pro Builder, Street Custom, Bar Hopper, Sportbike and Classic European.

One of the highlights of this year's LA Calendar Motorcycle Show was the Yamaha showcase. The manufacturer participated in the event with its Bolt Tour Rig Display, a draw that included several demo models and giveaways of motorcycle gear.