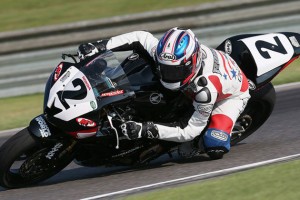 To be eligible for the award, riders must have been no older than 18 at the start of the 2013 GEICO Motorcycle AMA Pro Road Racing season. The award will go to the eligible rider with the most overall points in either the Motorcycle-Superstore.com SuperSport or GoPro Daytona SportBike classes and a check will be presented during the 2013 GEICO Motorcycle AMA Pro Road Racing Awards Banquet.