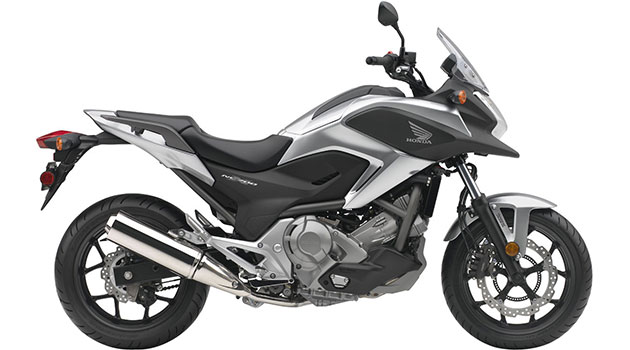 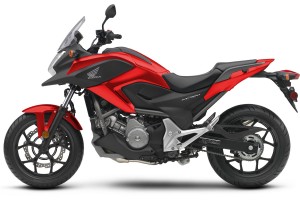 The frame of the NC700X DCT ABS is relatively compact and lightweight - Photo: Mark McIntyre[/caption]

Powered by a 670cc liquid-cooled twin engine, the NC700X DCT ABS can reach a maximum of 51 horsepower at 6,250 rpm and more than 45 foot-pounds of torque. While the machine won't give you huge bursts of speed on the roads, it's more than enough to keep you cruising along at a comfortable pace or passing others while in traffic.

The engine is also responsive enough to seamlessly guide the bike across a variety of terrain. The frame of the NC700X DCT ABS is relatively compact and lightweight, giving owners the opportunity to ride through all kinds of roads. This is furthered by one of the best features on the 2013 Honda NC700X DCT ABS, the Honda Dual Clutch Transmission.

Perhaps the best part about the chassis is that it allows you to get the best of both worlds. Clean, sporty lines give way to supreme agility, which enables the bike to handle winding roads and tight corners with ease. At the same time, however, the Honda motorcycle offers optional saddlebags, a rear trunk and a windshield to create an optimal touring machine. 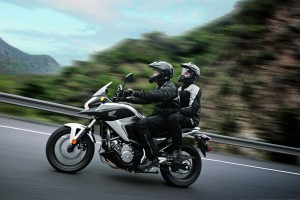 The average fuel mileage for the 505-pound machine sits at around 52 miles per gallon. That's good news for riders who want to stay on the bike for hours on end, and they'll be encouraged to do so once they test out the comfortable seat. Although there's no lower option, the 32.7-inch-high seat will serve most riders well, especially thanks to its upright stance. Foot pegs have also been placed with a motorcyclist's comfort in mind, allowing for maximum legroom without inhibiting the handling of the bike.

The 2013 Honda NC700X DCT ABS costs more than its counterpart, the NC700X, but the money is well spent on the anti-lock brakes and six-speed transmission. Honda has made the NC700X DCT ABS available in light silver metallic and red, but what it lacks in color varieties it more than makes up for in performance. If you want a solid machine that's going to provide steady performance with manageable maintenance and power, the NC700X DCT ABS may be just the right fit.