Harley-Davidson Teams Up With UFC To Celebrate Anniversary 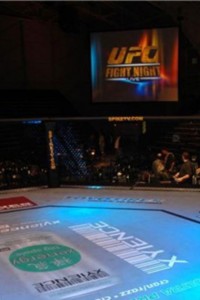 Harley-Davidson has been hosting events around the world all year in honor of the motorcycle company's 110th year in business. Anticipation is building for one event in particular: the UFC 164 Harley-Davidson Hometown Throwdown, which will take place Aug. 31 at the BMO Harris Bradley Center in downtown Milwaukee, Wis. Major players in the UFC, including Matt Hughes, Cain Velasquez and Mike Chiesa, will be in attendance for the event.

"UFC and Harley-Davidson fans will experience the passion of the world's best fighters when they duke it out in the Octagon in our backyard here in Milwaukee during our 110th anniversary," said Harley-Davidson's chief marketing officer, Mark-Hans Richer. "This UFC Hometown Throwdown is a unique chance to see hard-hitting action right in the middle [of] our anniversary celebration."

A few lucky fans will get the chance to shake the hands of some of their UFC heroes, as there will be a special meet and greet event for those in attendance. Tickets will cost anywhere between $60 and $400, and those who have purchased 110th Anniversary celebration tickets will have access to the UFC tickets during a pre-sale event taking place May 30 through June 12.