Devastating News For All At TAS Racing 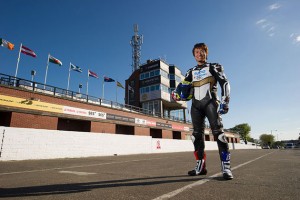 TAS Racing regrets to announce the untimely death of Japanese rider Yoshinari Matsushita following an incident at the Ballacrye section of the TT Circuit yesterday evening during un-timed practice at the Isle of Man TT.

Having made his TT debut back in 2009, Yoshinari was an experienced competitor on the Isle of Man and was scheduled to make a one-off appearance for the Northern Ireland-based team in this year's TT Supersport races.

Team Manager Philip Neill said: "Everyone within our team is devastated about tonight's terrible events. We were very much looking forward to working with Yoshinari during TT2013 and pass on our deepest condolences to his family and fellow team members."

Suzuki Motor Corporation in Japan wishes to pass on its condolences to Yoshinari's family and friends.


A statement issued by the Auto Cycle Union reads:
ACU Events Ltd regrets to announce that Japanese rider Yoshinari Matsushita, 43, was killed during the qualifying session at the 2013 Isle of Man TT Races in an incident at Ballacrye in the North of the Island. The session was immediately red flagged following the accident.

Yoshinari, from Saitama in Japan was an experienced racer who first competed at the TT Races in 2009. As well as competing regularly in the Superstock and Superbike classes he also finished fifth in the 2011 TT Zero for electric bikes. He was also 2008 Motegi Endurance race winner.

The ACU wishes to pass on their deepest sympathy to Yoshinari's family and friends.

"Yoshi was a really popular competitor who had a large number of friends in the TT Races paddock. He was a genuine and friendly character who always had time for everyone. He will be sorely missed."

The Coroner of Inquests has been informed and an investigation into the circumstances of the accident is underway.