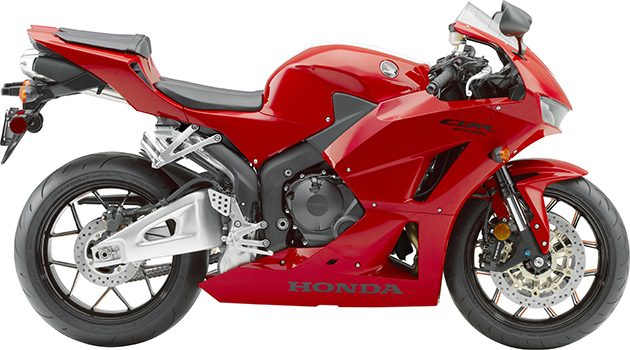 Want to feel like you could be winning a professional motorsports race every time you hit the pavement? The need for speed can take over any well-meaning rider, and when it does, sometimes the only thing that can solve the problem is a sportbike. The Honda CBR600RR is one machine that can help satisfy that racing desire. 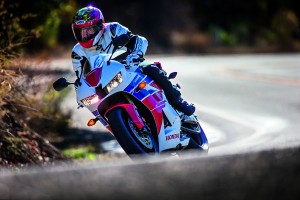 The 2013 Honda CBR600RR has the potential to work up enough speed to dominate a racetrack or roadway - Photo: Fran Kuhn[/caption]

Powered by a 600cc liquid-cooled, four-cylinder engine, the 2013 Honda CBR600RR has the potential to work up enough speed to dominate a racetrack or roadway. The motor generates even more power thanks to a redesigned ram-air intake system that gives you a little more oomph on the track, along with a better throttle response when you reach higher rpms.

The body of the bike was inspired by MotoGP machines, so you'll definitely feel as if you should be on the racetrack. Aerodynamic bodywork reduces drag while increasing efficiency, which allows you to get better mileage and handling thanks to improved wind deflection.

The 2013 Honda CBR600RR comes equipped with a few upgraded features that make for a significantly improved riding experience. You can enjoy a smoother ride with the help of a new 41mm big piston fork front suspension, which is more responsive to the machine and keeps the internal pressure down. New 12-spoke wheels, LED tail lights and an electric steering damper are included to help the rider stay safe on the pavement.

A 4.8-gallon engine with a 0.9-gallon fuel reserve provides an adequate amount of gas to keep the machine on the road, and even with a full tank it only weights about 410 pounds. As a bonus, the tank is quite centrally located, giving you easy access to the heart of the bike while also centering the weight.


Final Thoughts - Not Bad ... For A Sportbike 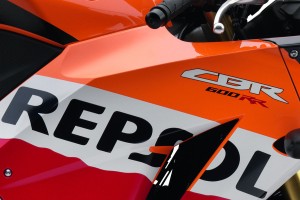 The 2013 Honda CBR600RR is available, for the first time ever, in official Repsol racing colors - Photo: Mark McIntyre[/caption]

I may have outgrown my affinity for sportbikes, but the 2013 Honda CBR600RR is sleek enough to at least have me considering a move back. If you're into high speeds and stylish exteriors, this may be the machine for you. It's available in solid red; red, white and blue; and, for the first time ever, official Repsol racing colors. There's also an array of special racing accessories that can kick the bike up a notch, giving riders the chance to have racing kits, covers and motorcycle gear that they may not have been able to pull off on other sportbikes.

The 2013 Honda CBR600RR follows in the tradition of its predecessors and provides a championship-level sportbike with real-world capabilities. With a long life span, refined exterior and a lot of potential, this Honda motorcycle is a thrilling machine for any speed demon.