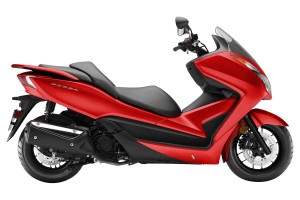 Honda recently announced its 2014 lineup, and one of the major additions motorists can look forward to is the introduction of the Forza scooter to the U.S. With a retail price starting at about $5,600, the 2014 Honda Forza will start popping up in American showrooms in July.

According to Consumer Reports, the scooter will be aimed at both new and experienced riders who want an easy, fuel-efficient means of transportation. Honda claims that the Forza will be powerful enough to hold its own on the highway, where it averages 68 miles per gallon, yet it can also navigate crowded city streets.

The Forza will come with features like a three-gallon fuel tank, two-piece seats and a large storage compartment big enough to hold two helmets. These additions set it apart from the Honda Grom, a 125cc machine targeted at new riders in an urban setting, which has also been recently reveled.