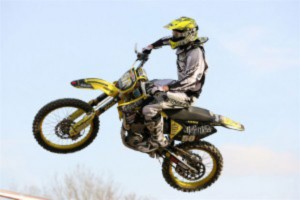 The American Motorcyclist Association has opened registration for the 2013 AMA Championship Banquet. This year's AMA national champions in motorcycle and all-terrain vehicle competition will be honored Jan. 18, 2014, at the Aladdin Shrine Center in Columbus, Ohio.

"One feature that makes AMA-sanctioned competition stand out is the diversity of our disciplines," said AMA Vice President of Operations Jeff Massey. "From the woods to the ice to near-vertical assents to tracks on a range of surfaces, AMA racers compete everywhere. And that variety is on display for all to see at the annual AMA Championship Banquet."

The event honors the top three national championship finishers in disciplines ranging from land-speed racing to motocross to woods racing and everything in between. The banquet includes dinner, door prizes, refreshments and a bike show.

"The annual championship banquet is also when we highlight the good works of our best and hardest-working clubs and promoters," Massey said. "We will recognize AMA organizers from competition and recreational road and off-road events, as well as those who excelled in media coverage and as ambassadors of the sport."

Columbus' Aladdin Shrine Center, located a short distance from the expansive Easton Town Center shopping complex and only 20 minutes from AMA headquarters and the AMA Motorcycle Hall of Fame, offers free parking, easy access to Interstate 270 and is a short drive from Port Columbus International Airport.