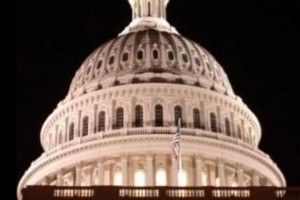 The bi-partisan caucus, which has existed for many years, was formally recognized by the House for the new Congress. Official caucuses must register and be recognized at the start of every two-year Congress.

The caucus is made up of members of Congress who are passionate about motorcycling and who work to promote the interests of motorcyclists.

"It's wonderful to have Reps. Burgess and Griffin leading the Congressional Motorcycle Caucus," said Wayne Allard, AMA vice president for government relations and a former U.S. senator and representative from Colorado. "The Congressional Motorcycle Caucus is made up of dedicated members of Congress who ensure that motorcyclists aren't forgotten on Capitol Hill. Reps. Burgess and Griffin have proven that they are true friends of motorcycling.

"We look forward to working with our old friends in the Congressional Motorcycle Caucus, as well as new members who join, to help protect and promote the motorcycling lifestyle," Allard said.

Burgess said that he was looking forward to working with Griffin on the Caucus.

"We welcome the registration of the Motorcycle Caucus for the 113th Congress," Burgess said. "Having previously served as the Caucus chair, I welcome Congressman Tim Griffin as co-chair. We, along with other congressional members, will once again provide a platform and a voice here in Washington for motorcycle enthusiasts and our safety."

"I look forward to growing the Motorcycle Caucus as the voice in Congress for America's more than 25 million motorcyclists," Griffin said. "As a rider, I recognize that there are many important issues affecting us, such as unreasonable limits on trail riding areas, the need for additional safety awareness, and ethanol mandates that harm motorcycle engines."

Caucus Member and House Transportation and Infrastructure Committee Vice Chairman John Duncan said, "Motorcycling is important to my district and to me personally. I look forward to continuing to work with the co-chairs and other members to highlight the need for motorcycle safety and to promote the use of motorcycles and scooters as fun, fuel efficient transportation options for many Americans."

The CMC includes members of Congress from both sides of the aisle who are committed to advancing motorcycling and improving the safety of motorcyclists. At the start of each Congress, all caucuses must be reestablished and recognized formally by the House. This is the fourth consecutive congressional session that the CMC has been organized.