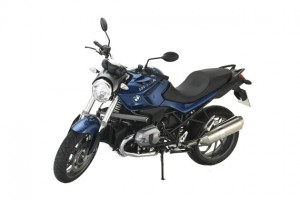 It's a big year for anniversaries in the world of motorsports. In addition to Harley-Davidson reaching 110 years of existence, BMW Motorrad is celebrating 90 years of motorcycle production. To mark the special occasion, the German brand is hosting several summer events and releasing a motorcycle made especially for the anniversary.

The slogan "90 Years of BMW Motorrad" will act as the inspiration for this year's BMW Motorrad Days festival. The 13th annual event, held July 5 to 7 in Germany, is going to bring together thousands of motorcycles and riders from around the world to celebrate the brand. Reveals of new bikes and street bike gear, stunts, test rides, live entertainment and more are already on the agenda, so BMW fans will certainly be able to enjoy the regular festival as well as some of the special events.

The BMW Classic tent will showcase how the manufacturer has evolved over the course of the past nine decades, and vintage bikes and other paraphernalia will be on display. But the main draw may be the new machines dedicated to the anniversary. A customized BMW R 1200 R and R 1200 RT are both set to be raffled off during the event.