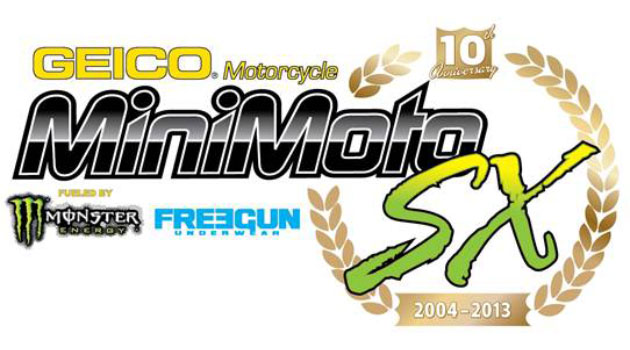 Two wins and a third for the BBR backed rider 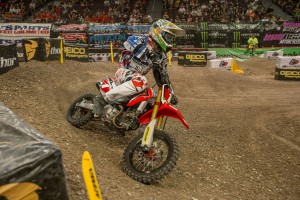 The tenth annual GEICO AMA MiniMotoSX took place inside the Orleans Arena in Las Vegas and Ryan Abrigo was the big winner for the second year in a row. Abrigo won the 12 Inch Expert and World final main event and took a third in the 10 Inch Expert class. In total, there were nearly 300 entries in 15 classes of competition and a large crowd witnessed a lot of exciting racing.

Braaap-backed Michael Blose won the first of the three Expert finals by taking the 10 Inch Expert class. He had a great battle with CHP's Willy Browning and BBR's Abrigo.

Abrigo came out swinging in the 12 Inch Expert class and dominated on his new Honda CRF replica BBR mini. Mike Valade again made the long trip from France and earned second position ahead of Italy's Fancisco Levi. 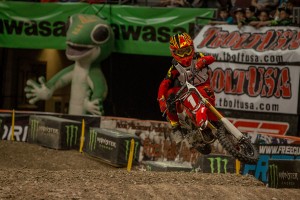 In the 10 Inch Amateur class, Gauthier Gourjault made the trip from France pay off with a win. Austin Tessitore and Kevin Popaeko rounded out the podium.

The 12 Inch Amateur class was won by Zach Martino but the crowd was cheering on Tatum Sik, who had just won the Women's final in the race immediately before. Drake Williams took third. 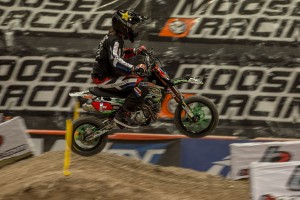 The Vet 35+ class, it was SSR-mounted Jeff Willow winning for the second year in a row. The former top Supercross and ArenaCross racer dominated the class and also competed in the Expert classes.

The 8 Inch and Vintage class was won by Jake Osbourne. Zac Hayes, the defending champion finished second and Joshua Sheffer was third.

Jake Osbourn took a second win in the 10 Inch Stock/Mod class. Joshua Sheffer was second and Austin Parr rounded out the podium.

The 12 Inch Stock/Mod class was won by Austin Parr with his second podium of the night. Derek Cappiello and Anthony Esposito shared the podium in second and third. 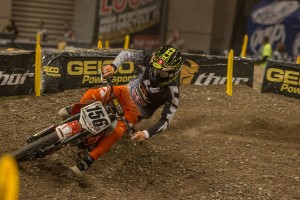 The final race of the evening takes all of the podium finishers from the Expert, Youth and Women's classes as well as the top International riders for the World Final. Abrigo and Browning had an amazing back and forth battle for the top spot that went all the way to the last lap with Abrigo taking a narrow victory despite losing his brakes and blowing a few turns. France's Valade rounded out the podium.