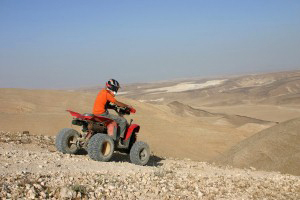 Bills that would close 9.1 million acres of Utah public land to off-highway vehicles have been introduced in Congress, the American Motorcyclist Association reports.

U.S. Rep. Rush Holt (D-N.J.) introduced H.R. 1630, and U.S. Sen. Dick Durbin (D-Ill.) introduced S. 769, on April 18. Both bills are called America's Red Rock Wilderness Act and would designate more than 9 million acres of Utah public land as Wilderness. Once land is designated as Wilderness, no vehicles, including motorcycles, all-terrain vehicles or bicycles, are allowed on that land.

Included in the 9.1 million acres are existing OHV riding areas around Moab, the San Rafael Swell and Chimney Rock. These popular OHV areas represent some of the most important remaining OHV recreation areas in Utah, and are some of the most popular with responsible OHV riders. The targeted areas also include existing roads and developments.

Passage of the legislation would have a significant, negative effect on local economies already struggling to recover from the recession. 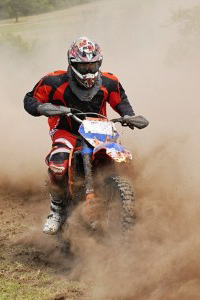 "It is outrageous that Rep. Holt of New Jersey and Sen. Durbin of Illinois would attempt to bypass the Utah congressional delegation to shut down 9 million acres in Utah to just about everyone but hikers," said Wayne Allard, AMA vice president for government relations. "This legislation is also puzzling because much of the land in question doesn't come close to meeting the definition of Wilderness that's spelled out in federal law. According to the Wilderness Act of 1964, Wilderness can only apply to land 'retaining its primeval character and influence, without permanent improvements or human habitation.'"

On April 18, the Republican members of Utah's congressional delegation sent a letter to their congressional colleagues asking them to withhold their support for the legislation.

"The Utah delegation is not opposed to preserving wilderness-quality lands," they wrote. "In fact, several members of the Utah delegation are working on a Utah lands bill based on input from state and local government officials, conservation groups and other stakeholders. This will be a balanced bill that provides for both conservation and development opportunities in a locally driven, transparent process."

Allard, a former U.S. senator representing Colorado, added: "The Utah congressional delegation is doing this properly by making it a bottom up process with input from affected citizens and communities instead of a top down process from Washington. The Wilderness area the New Jersey member is attempting to force onto the people of Utah is almost twice the size of his state with no public input from the people of Utah."

The AMA is calling on all motorcyclists and OHV enthusiasts to help stop H.R. 1630 and S. 769. The fastest way to reach your U.S. representative or senators is a telephone call. You can find contact information for your elected officials by entering your zip code at www.americanmotorcyclist.com/rights/issueslegislation. A pre-written email is also available there to send to your representative or senators by following the "Take Action" option after entering your information at the above website.


About the American Motorcyclist Association
Founded in 1924, the AMA is a not-for-profit member-based association whose mission is to promote the motorcycle lifestyle and protect the future of motorcycling. As the world's largest motorcycling rights and event sanctioning organization, the AMA advocates for riders' interests at all levels of government and sanctions thousands of competition and recreational events every year. The AMA also provides money-saving discounts on products and services for its members. Through the AMA Motorcycle Hall of Fame in Pickerington, Ohio, the AMA honors the heroes and heritage of motorcycling. For more information, please visit www.americanmotorcyclist.com.