Whether banned from public beachside parks, private gated communities or acre after acre of public land, motorcyclists bristle when they see signs that say: "No Motorcycles Allowed."

Motorcycle bans are the focus of the American Motorcyclist Association's "Freedom Friday" on April 12 to raise awareness of discrimination against on- and off-highway motorcyclists related to access to streets and public areas.

"Motorcycle bans don't grab a lot of headlines, but they do exist," said Danielle Fowles, AMA grassroots coordinator. "We want to know about them, and we want to unite motorcyclists to block or overturn them."

The Freedom Friday effort is part of AMA Go Ride! Month during April. AMA Go Ride! Month encourages AMA members and riders nationwide to renew their passion for riding in the dirt and on the street. It's a month-long celebration of riding that features stories, photos, contests and more. 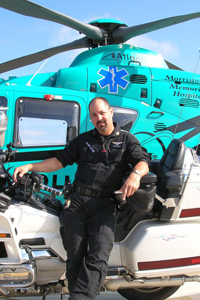 Freedom Friday is a special call-to-action posted on the AMA Facebook page each Friday to alert motorcyclists about important issues that pose a threat to motorcycling freedoms. Riders can take part in a contest related to the issue and win prizes.

Each week's Freedom Friday photo contest asks AMA members to send a photo of themselves, preferably with their bike, near a symbol of the current topic.

The winners in last week's contest that focused on health-insurance discrimination against motorcyclists were Jeffrey Goldstein of Pompton Lakes, N.J., a flight medic who submitted a photo of himself and his bike in front of the medivac helicopter he flies on; and Saken Aizhulov of Cary, N.C., who sent in a photo of his Triumph Tiger at the Blue Cross Blue Shield of North Carolina headquarters in Durham, N.C.

The issue that kicks off today is access discrimination, which can be illustrated with a photo of a "No Motorcycles Allowed" sign, "Wilderness" sign or anything related to freedom to illustrate their concern as a motorcyclist. Even a photo of a "Welcome Bikers" banner or a trailhead sign indicating motorcycles are allowed would work, showing that proper efforts can gain motorcyclists access to streets and areas. Photo(s) and the AMA member number should be sent to the AMA at grassroots@ama-cycle.org to be entered in the contest.

Contest entrants have two chances to win. Each week, two photo Freedom Friday winners will be announced and each will receive an AMA gift bag and a $20 BikeBandit gift card. Contest entrants will also be entered in a month-end drawing with great prizes, including a Shoei helmet, Tour Master Intake jacket, and Cortech tank bags, courtesy of AMA partner Helmet House.

Submit your photo and AMA number to the AMA to be entered in the contest. For entry details, visit www.americanmotorcyclist.com/riding/goride/contestdetails. 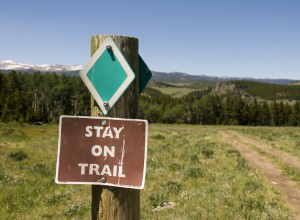 The AMA recognizes that no single recreation type is appropriate for every setting. But there are certainly many places where responsible OHV use can exist in harmony with other uses while preserving important natural and cultural resources. The AMA supports appropriate Wilderness, as defined by the federal Wilderness Act of 1964, and backs the designation of lands that meets its strict criteria, including congressional oversight and broad public support.


About the American Motorcyclist Association
Founded in 1924, the AMA is a not-for-profit member-based association whose mission is to promote the motorcycle lifestyle and protect the future of motorcycling. As the world's largest motorcycling rights and event sanctioning organization, the AMA advocates for riders' interests at all levels of government and sanctions thousands of competition and recreational events every year. The AMA also provides money-saving discounts on products and services for its members. Through the AMA Motorcycle Hall of Fame in Pickerington, Ohio, the AMA honors the heroes and heritage of motorcycling. For more information, please visit AmericanMotorcyclist.com.