Yamaha Royal Star Venture: A Bike That Only Gets Better With Age

I was out riding with a friend recently when I noticed something a bit strange - he was using an older motorcycle. It definitely wasn't old enough to be a vintage bike, but it also wasn't one of the newer models I know he has, so I couldn't figure out why he would be riding it. When I asked him, however, the answer was simple: quality.

His Yamaha Royal Star Venture was a touring bike like nothing else on the market, and the beautiful machine is one that has stood the test of time. Since its introduction in 1999, the Yamaha motorcycle has been a worthy cruiser that is one of the best pre-owned bikes a rider can invest in.

Engine And Other Specs - Power And Comfort

Powered by a 1,294cc, liquid-cooled, four-cylinder engine, the bike has enough pop to keep you riding around comfortably. It clocks in at 97 horsepower at 6,000 rpm - impressive numbers for a bike of this size and sturdiness - and it even boasts a fifth gear in case you feel the need to pass other motorists on the highway. Even at high speeds, you can rest assured that the Yamaha bike will give you quick and responsive steering without crazy vibrations disturbing your riding experience.

Back To Basics - Luxury Touring At Its Finest

The bike remained largely unchanged from 1999 to 2010, when it underwent something of a transformation, but even newer models maintain the luxury touring style that the original Yamaha Star Royal Star Venture was known for. While the more recent creations have modern features like iPod docks and improved communication systems, a model from any year can offer the luxury style and comfort that the bike has come to be known for.

Final Thoughts - It's Going The Distance

Riders who aren't afraid of hitting the open road and going where the wind takes them with the Yamaha Star Royal Star Venture. Serious owners who want to go the distance can reap the benefits of a large wheelbase, which provides plenty of room for one or two riders, and there is more than 33 gallons of storage incorporated into the bike's design. Riders can also take advantage of a large six-gallon fuel tank, perfect for long-range trips, as well as halogen headlights, high beams and a vintage console that will keep you safe and ready for anything. 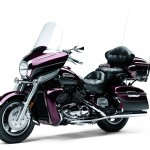 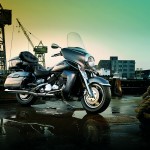 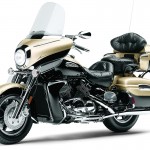 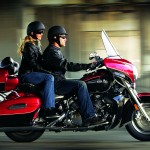 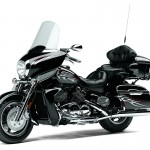 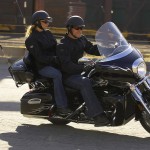 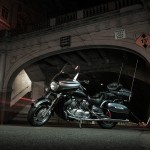 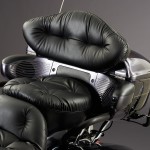 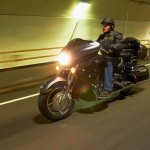