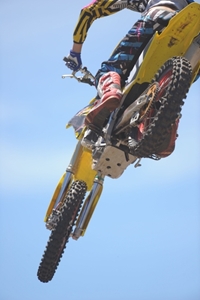 ESPN, the organization behind the X Games, has announced that the Moto X Best Trick and Snowmobile Best Trick will no longer be a part of the annual event. This decision comes just a few weeks after freestyle snowmobiler Caleb Moore died after suffering numerous injuries during the competition, although the network claims the move was being discussed before that tragic turn of events.

Moore's specialty - freestyle snowmobiling - is currently under review. As of now, there's no telling if the X Games will continue to host that event or keep moving toward somewhat safer motorsport disciplines.

"Progression in these sports obviously comes with more risk," a spokesperson for ESPN said. "Nobody can eliminate risk in its entirety, but what we can do is focus on providing world-class events that are as safe and organized as possible."