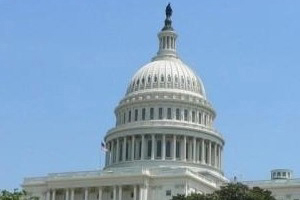 The American Motorcyclist Association, which is the premier advocate for motorcyclists' freedoms in the country, honored 59 current and former federal lawmakers on Feb. 28 for their support of motorcyclists during the just-completed 112th Congress.

They were particularly praised for their successful efforts to save the Recreational Trails Program from extinction, as well as to exempt kids' dirt bikes and all-terrain vehicles from the Consumer Product Safety Improvement Act, which had banned the sale of those vehicles.

They were also honored for efforts to end discriminatory motorcycle-only checkpoints, for trying to help forge a compromise between the military and off-highway riders over the use of the popular Johnson Valley riding area in California, and for trying to help protect motorcyclists from the possible negative effects of the new E15 fuel.

"Thanks to the extraordinary efforts of these lawmakers during the 112th Congress, and the efforts of others, motorcyclists are better off now than they were a year or two ago," said Wayne Allard, AMA vice president for government relations and a former U.S. senator and U.S. representative from Colorado.

The AMA Government Relations Department also honored another five lawmakers with "Champion" awards for outstanding efforts to motorcyclists and motorcycling. Another 50 lawmakers received "Supporter" awards for their support.

"The constituents of all of these current and former federal legislators should be proud of them for their public service and for their support of the American motorcyclist, and the freedom those Americans enjoy," Allard said.