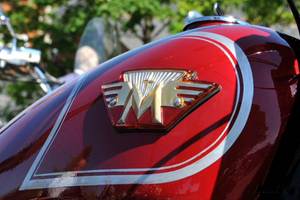 The Sturgis Motorcycle Rally is one of the most popular celebrations of motorsports and the motorcycle industry in the U.S. From Aug. 2 to 11, bikers will descend upon Sturgis, South Dakota, to take part in the festivities that have been bringing people together to honor the latest advancements in bikes and motorcycle gear for 73 years.

Those in attendance have come to expect a lively show during the weeklong festival, as many acts come for the annual Buffalo Chip festival, which runs in conjunction with the event. The rally has a reputation for bringing in top performers to entertain the crowds, and this year should be no different thanks to the exciting lineup of musicians on tap. During the nine days of daily concerts, fans will be treated to acts like ZZ Top, Toby Keith, Brantley Gilbert and, the most recently confirmed act, Sublime with Rome.

"Sublime with Rome puts on a great show that earns every one of their fans," said Rod Woodruff, owner of Sturgis Buffalo Chip. "The band and their fans embody the fresh high energy of the Chip that'll make for one heck of a good show."

Music is just part of the excitement in Sturgis. Fans can also look forward to customization contests, charity rides and much more.