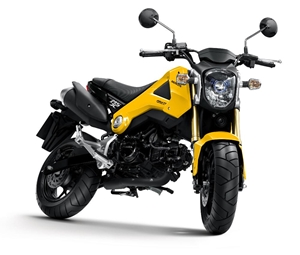 Ride for Kids is one of the most popular motorcycle-centric charities in the U.S., and it celebrated a big year in 2012. The organization raised more than $3.8 million throughout the past year thanks to the efforts of the thousands of motorcyclists who participated in its events. The money raised benefited the Pediatric Brain Tumor Foundation (PBTF) to support families impacted by brain tumors and fund medical research.

Charity rides took place in 40 cities around the country, and the participants ranged from individual riders to motorcycle gear dealers. Honda was also an integral part of the fundraising, as the manufacturer donated new bikes to be given away at each event - a tradition that will carry on in 2013.

"Children with brain tumors and their families had a lot to cheer about last year," said Robin Boettcher, the president of PBTF. "The motorcycle community, volunteers and sponsors helped us fund cutting-edge international medical research and provide support such as college scholarships for survivors."

The charitable organization will look to keep up the good work throughout the upcoming year. It is expanding to three more cities, which will be announced in the near future, and each event is set to have more raffle prizes and chances to win top accessories as an incentive to raise more funds.