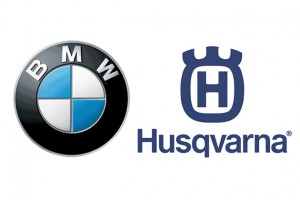 BMW has been at the center of many rumors throughout the past few weeks. The manufacturer was shopping around for a new owner for its Husqvarna brand, but while many believed KTM was the front runner to take over the classic company, the final buyer was a bit of surprise.

Husqvarna Motorcycles, a 110-year-old company, was solid to Pierer Industrie AG of Austria - a company owned by KTM chief executive officer Stephan Pierer. The price was not disclosed, but considering the amount of expansion BMW had done with the Swedish brand over the past few years, it was likely a significant chunk of change.

BMW originally purchased Husqvarna from MV Agusta in 2008 and has worked to expand its lineup and dirt bike part offerings since that time, Cycle News reports. Without the brand, which manufactured off-road and specialty bikes, BMW will likely move toward creating an updated motorcycle lineup heavy on street bikes and other urban machines.

"The focus of the realignment will be on urban mobility and e-mobility," BMW said. "By restructuring the segment, the BMW Group will concentrate on expanding and utilizing the resources of the BMW Motorrad brand."