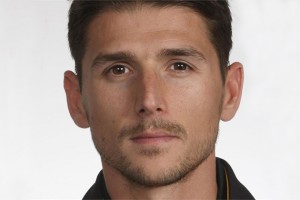 "It's really a dream come true to become part of the Yoshimura Suzuki team." - Martin Cardenas[/caption]

Cardenas comes to Yoshimura Suzuki after securing the AMA Pro Daytona SportBike titles in 2012 and 2010 while riding for a Suzuki satellite team contributing to Suzuki's sweep of the last three championships. Cardenas captured eight wins en-route to the 2012 title, nine wins in 2010; and he holds the all-time win record in the class with 24. In between 600cc championships, Cardenas raced one year of Superbike, where he finished fourth overall in points and carded a rookie season victory. Now, Cardenas is looking forward to returning to the premier class, this time on the Yoshimura Suzuki GSX-R1000.

Said Cardenas: "I am extremely happy to have the opportunity to race for one of the best, if not the best, Superbike teams in the U.S. It's really a dream come true to become part of the Yoshimura Suzuki team. I will give everything I have to try to obtain the best results for the team and for me. And hopefully I will be in the mix for the top spot in the championship."

The upcoming year marks Clark's second season with Yoshimura Suzuki. In 2012, Clark worked closely with his new team and familiarized himself with the Yoshimura Suzuki GSX-R1000. Looking at the season as a learning curve, Clark picked up nine top-10 finishes and his best results were three seventh-placed finishes. Clark missed the last few rounds due to illness, but wound up 12th in the overall championship points.

"I'm really excited to start my second season with Yoshimura Suzuki," said Clark. "Last year was definitely a learning year for me; not only learning a new bike and team, but learning where I need to improve as a rider. I believe I showed some really good speed toward the end of the season; now I just need to translate that into good results. I'd like to thank everybody at Yoshimura and Suzuki for this opportunity and I can't wait for Daytona and the rest of the season on my 2013 Suzuki GSX-R1000."