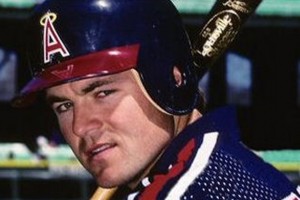 Monster Energy AMA Supercross will return to Angel Stadium in Anaheim, California, for the second of two races on January 19, and it is bringing a former Major League Baseball (MLB) player with it. Retired Angels' player Scott Spiezio, who helped the team win the World Series in 2002, is set to serve as the grand marshal for the motorsports event.

"... While the venue is home to baseball, it also serves as a special place for the world's top racers that compete in Monster Energy Supercross," said Spiezio. "It always amazed me how our field could be transformed into a racetrack and returned to its natural state in a seamless manner."

This is just one of ways the Angels are honoring the 10th anniversary of the team's championship, which was only possibly thanks to Spiezio's dramatic home run in the final series. Motorsports fans can take advantage of special ticket prices by using the name "Spiezio" as a discount code when purchasing passes. Spectators also have the opportunity to take photographs with and get autographs from the retired star.