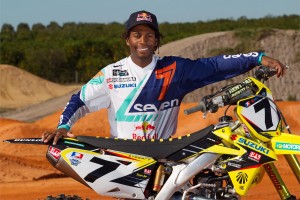 James Stewart couldn't be more excited about this weekend's season-opening round of the 2013 AMA/ FIM Supercross series.[/caption]

With the support of an all-new team and the capabilities of a brand-new bike, Yoshimura Suzuki Factory Racing's James Stewart couldn't be more excited about this weekend's season-opening round of the 2013 AMA/FIM Supercross series at Angel Stadium in Anaheim, California.

Midway through 2012, Stewart joined the championship-winning Yoshimura Suzuki squad and has been focusing his efforts on racing the Suzuki RM-Z450 in the upcoming 2013 season.

Said Stewart: "I honestly don't remember the last time I looked forward to the start of a racing season as much as I'm looking forward to this one. I've been really lucky in that we've had several months to test, which helped us all come together as a team and helped me get comfortable with the Yoshimura Suzuki RM-Z450. We've got the bike set up perfectly for my riding style and it's working really great. I'm so excited to get back to racing and I feel like Anaheim 1 and the whole 2013 season is looking good for me, for the RM-Z450; and for the whole Yoshimura Suzuki team."

Last year, Stewart captured a solid second-place finish at one of the Anaheim Supercross rounds. He also picked up two victories, plus two more podium finishes before incurring injury midway through the season. Despite this, Stewart still finished seventh in the overall championship points. Additionally, in Stewart's first outings on the Yoshimura Suzuki RM-Z450 in the 2012 AMA Motocross series, he raced to four consecutive moto wins and two overall victories. 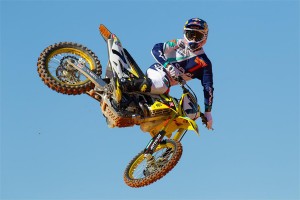 Between the power of the Yoshimura Suzuki RM-Z450 and the raw talent of James Stewart, we're more than ready to race.[/caption]