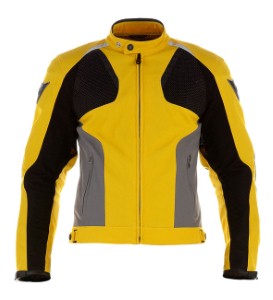 Want to get an upclose look at sportbike apparel worn by some of the world's top racers? Thanks to a new app from the Italian manufacturer Dainese, four decades worth of motorsports history is now available with the touch of a button. Motorcycle enthusiasts will also be able to look at the impact Dainese had on the motorsports world, particularly with its introduction of leather clothing.

The company is celebrating its 40th anniversary with the launch of an app for iPads and iPhones that will showcase past motorcycle gear, Motorcycle.com reports. Users will be able to scroll through the app, which is called Dainese 40, and see how the company's leather suits and products have evolved over the years. Famous racers like Max Biaggi, Valentino Rossi, Giacomo Agostini and Kenny Roberts all have apparel on display.

Dainese was founded in 1972 as a company making clothing for motocross riders. Throughout the 1970s, it created outfits for world champion racers using innovate new technology, which often included leather or elastic inserts for optimum comfort. Eventually the company moved to making full-body protective suits and became the world-class manufacturer it is known as today.