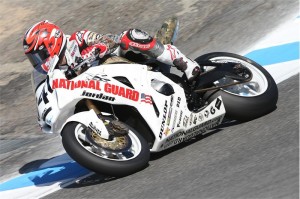 MJM has also renewed the partnership with the Army National Guard; the team's fifth year of collaboration with America's oldest branch of the military, whose common goal is to continue to provide a platform for recruiting and training National Guard soldiers to ride street motorcycles safely.

Said Kreig Robinson, MJM Vice President of Corporate Relations: "It's all about the goal of winning a championship. Each year we work tirelessly to improve upon the last. Through intense off-season development and testing we try to come up with the formula that will put us on top at every race. We are looking forward to a good 2013 AMA Pro National Guard Superbike season."

The MJM team's first event in the 2013 AMA Pro National Guard Superbike Championship will be the season-opening round at Daytona International Speedway, Daytona Beach, Florida in March.